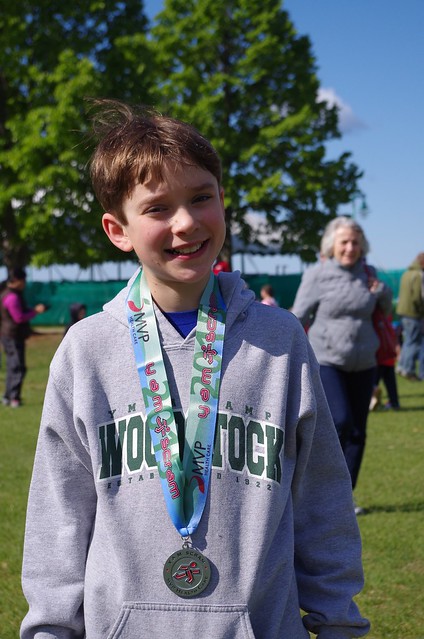 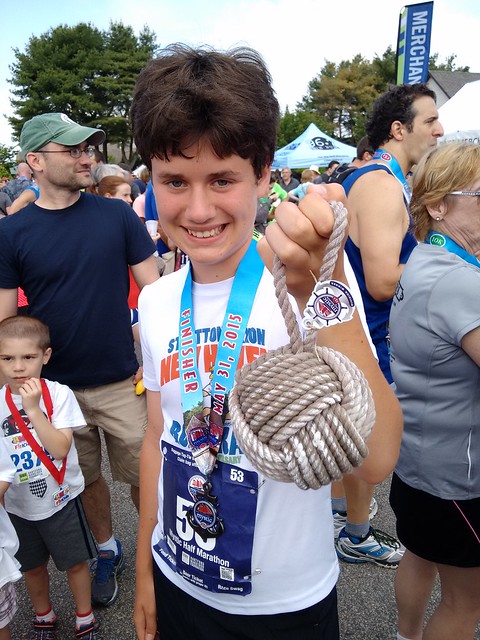 A little bit of backpacking at Philmont in New Mexico: 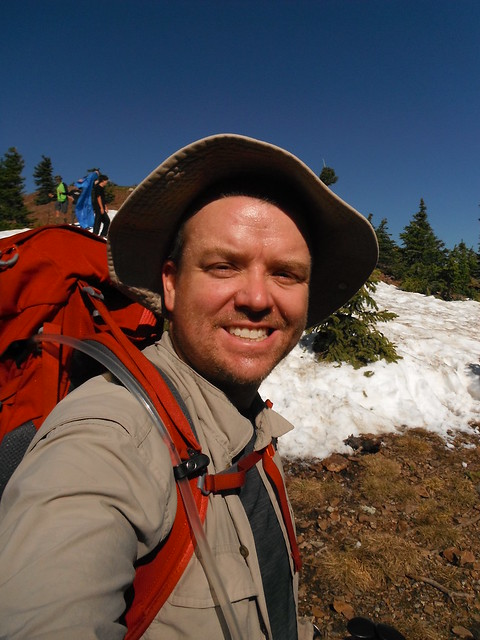 Riding to get Ice Cream: 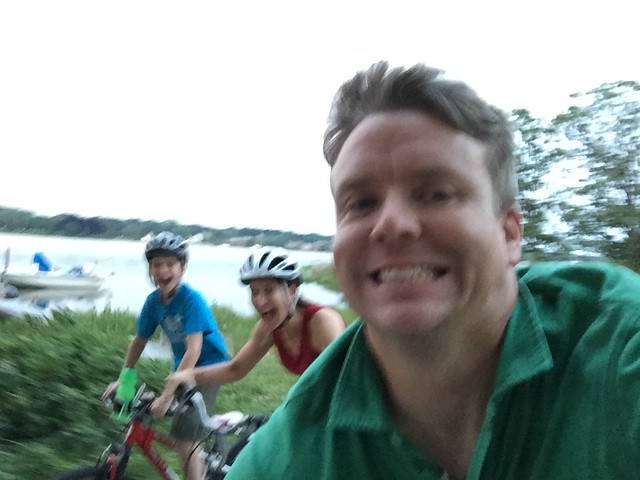 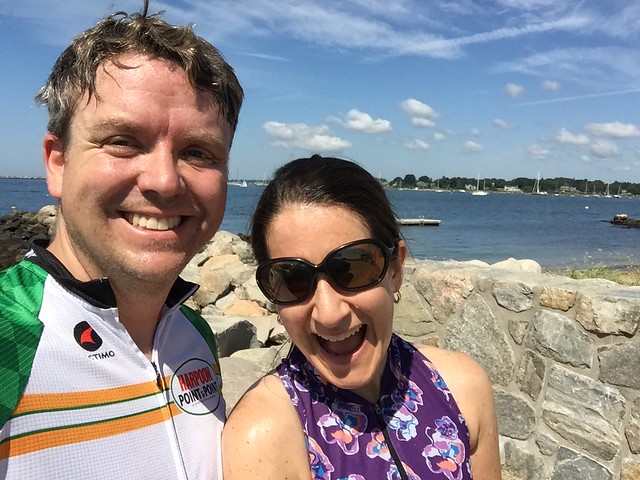 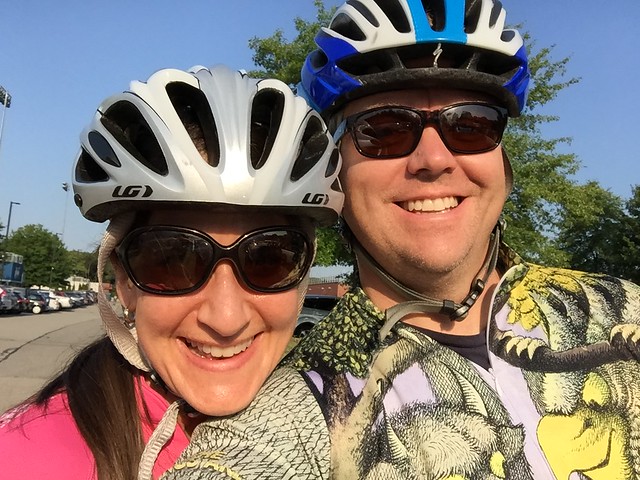 Anyway, today was the last day of the kids being at YMCA Camp Woodstock, so I did a pseudo-brick: Actually, a BSOTSD (Bike and Swim On The Same Day, if BRIC is a Bike and Run in Combination).

The swim was OUTSTANDING! We’ve been sending the kids up to YMCA Camp Woodstock in Woodstock, CT (Duh, but everyone assumes it’s Woodstock NY, so I usually mention it). The kids absolutely love it, and I’m jealous as all get out. It’s a plain, old traditional summer camp – swimming, and outside, and climbing, and stuff. Coed. I’m jealous.

Anyway, the last couple of years, on either dropoff or pickup we’ve gone on giant bike rides, or I’ve swum in the pond, or whatever.

Today? Well, can you ask for a nicer day? 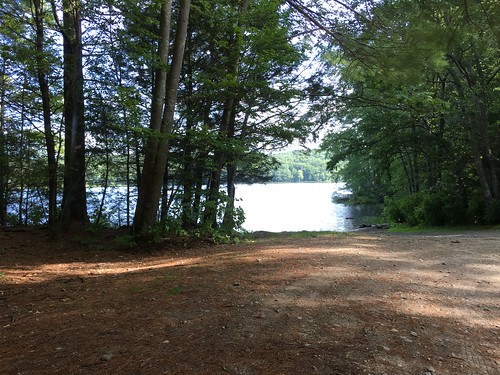 No, no you cannot.

Swim was great – 10 minutes out, 10 minutes back. Water was perfect, and this everything felt smooth.

So, got the kids home, unpacking, etc. And decided to run out for a bike.

Occasionally, there’s beach traffic backed up on IH-95 south on Mondays, so I take a back road across the RI border. For about 10 years, I’ve been thinking “Man, that’d be an awesome ride.” So, today, I rode it.

I had an epiphany earlier this week: Cold Brew Coffee as the basis of an energy drink. 1 part Cold Brew, two parts Water, a pinch of salt, and a teaspoon of sweet. Loaded it up and hit the road. 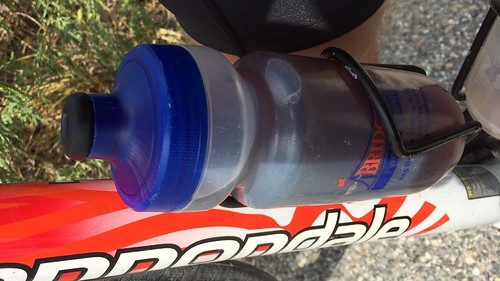 I was right – the course was outstanding. Good long drag down CT 184 to the border for the first hour. An hour of mostly downhill and rollers to Westerly, through fields and dairys. The birds sang, the breeze blew, and the sun beat down on my ears. 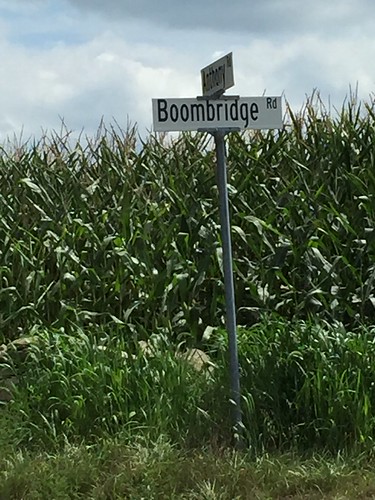 The last hour was the drag from Westerly back to Mystic, which I’ve ridden a thousand times (Maybe hyperbole, maybe not…). And, after 2 hours in the sun, only two bottles of drink, and one Kashi granola bar, I pooped out.

If you’ve never bonked before, it’s kind of interesting. Just before, you are feeling somewhat fine – maybe in the hole, maybe a little on the good side. Then, in the space of 100 pedal strokes, everything just kind of leaves you. Air stops entering your lungs, your heart stops pumping, and your legs just don’t want to work. A saddle that’s been comfortably beneath you for thousands of miles is suddenly assaulting your rump.

Anyway, this happened to me just as I came to the light at RT 1 and Flanders road. I coasted through to the shade on the west side, and sat down. SOmehow after finishing my last bottle and sitting for a couple minutes, I was able to get back on the bike and limp home.

The bonk was glorious. Which isn’t to say I’d like to do it again anytime soon, but there’s something satisfying about finding the limit, pushing past it, and realizing that there’s work to be done to move that limit further out.