Chris and I skipped the hour and a half trip to the Cliff Walk and back, and instead went and did the run from NUWC up the coast along Military Highway. Very nice. 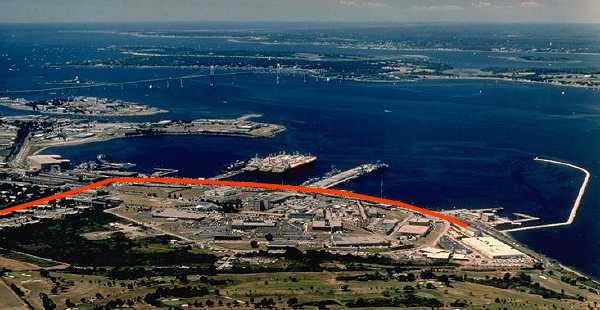 Like I’ve mentioned, running with Chris is nice, as it
(a) brings out the small dog syndrome in spades.
(b) gets me to run faster.

Chris is making great strides (pun intended), too. Today, I was afraid that he was going to last until I needed to turn around, and I was going to have to beg him to slow down a little bit. Thankfully, he pulled up just as I started to go seriously anerobic, and I was able to turn out about 2/3 of a mile at recovery pace before we made the turn to head back to the showers.

The runner’s high eluded me for a while, but in large part, I think that was due to the weekend’s manual labor really catching up to me after a week of sitting at the desk. That, and I stopped taking Motrin Tuesday night.