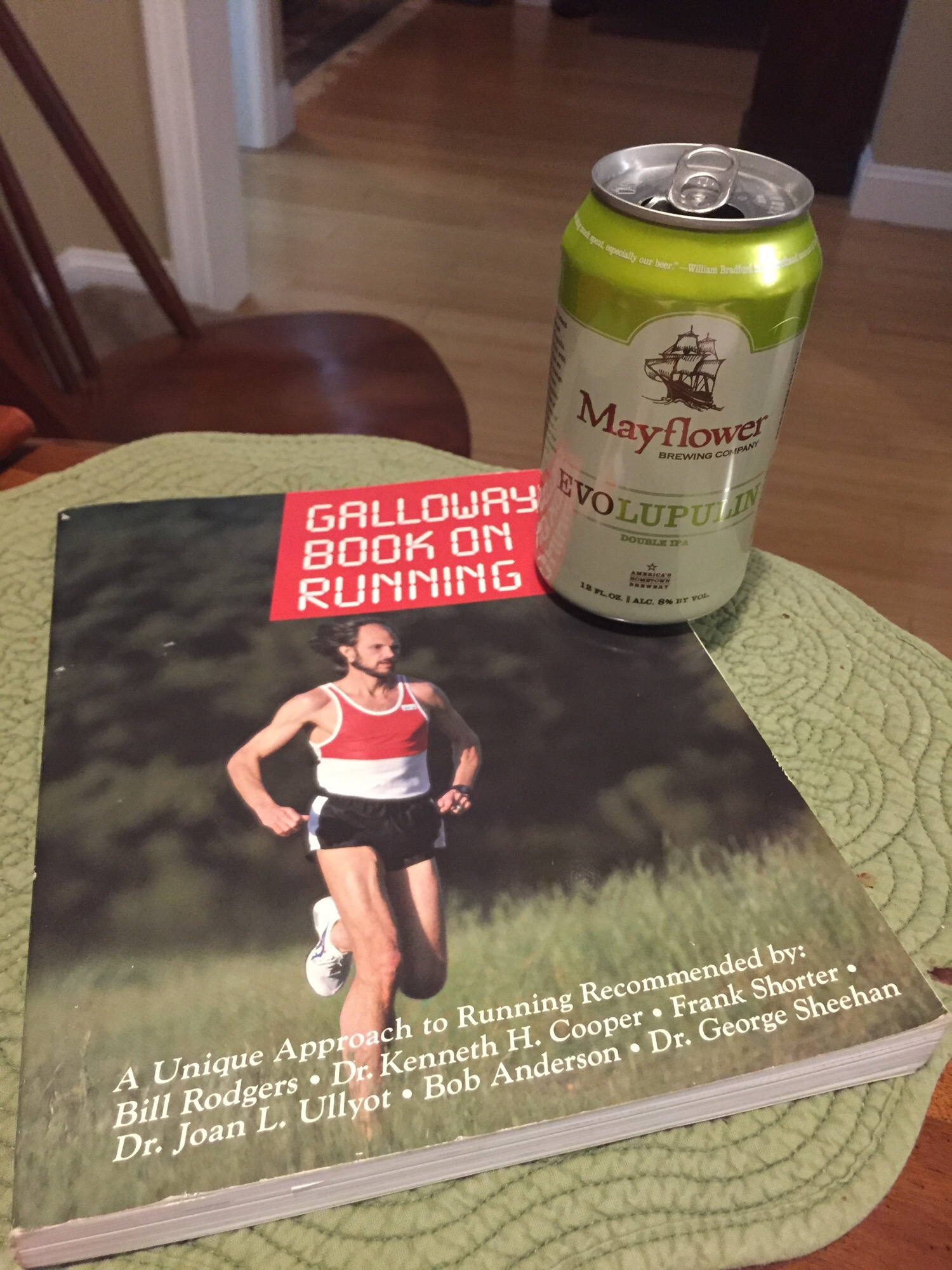 So, nigh unto 18 years ago, Melissa brought home a book. Specifically, this book – “Galloway’s Book on Running“.

I’d been a runner by then (1999) for about 5 years – I did Navy Officer Candidate School in Pensacola Florida, and the Marine Corps Drill instructors we had really (REALLY!) liked to run. Partially, I think, because the United States Marine Corps is the toughest large group of people you’ll find on the planet, and mostly, I think, because they liked seeing cocky college kids puke at 5:15 in the morning.

So, way back when i graduated college, I, in the space of about 3 weeks, went from someone who’d run a mile or so each month since it was good to run, to someone who’d go run 3 or 4 miles a couple of times a week because running was good. There were a couple of hiccoughs, but I could at least go out and put in some miles a couple of days a week. But, I wasn’t really a runner.

Galloway’s book, though, was an eye-opener. In easy language, he put out a plan by which folks like me – joggers, folks who hadn’t run as kids, folks who wanted to get active again – could. And he didn’t talk down to us, he didn’t focus on the harm we would be doing sitting on the couch, he didn’t say “Push through the pain”. Instead, Jeff put down a positive, low pain, high gain approach to becoming a runner.

Missy and I followed the plan religiously, sort of, until about September, when we found out she was expecting our first child, and then I was on my own (Again, we’d gone from couch potatoes to runners, so the thought of running through pregnancy was somewhat foreign to her). I lasted until November – had a glorious 16 miler one late fall weekend, and then, faced with 18 miles of sleet, it seemed that the wiser thing to do was not fly with a 7 month pregnant wife, and we withdrew.

Fast forward 18 years, and Missy and I are still running. 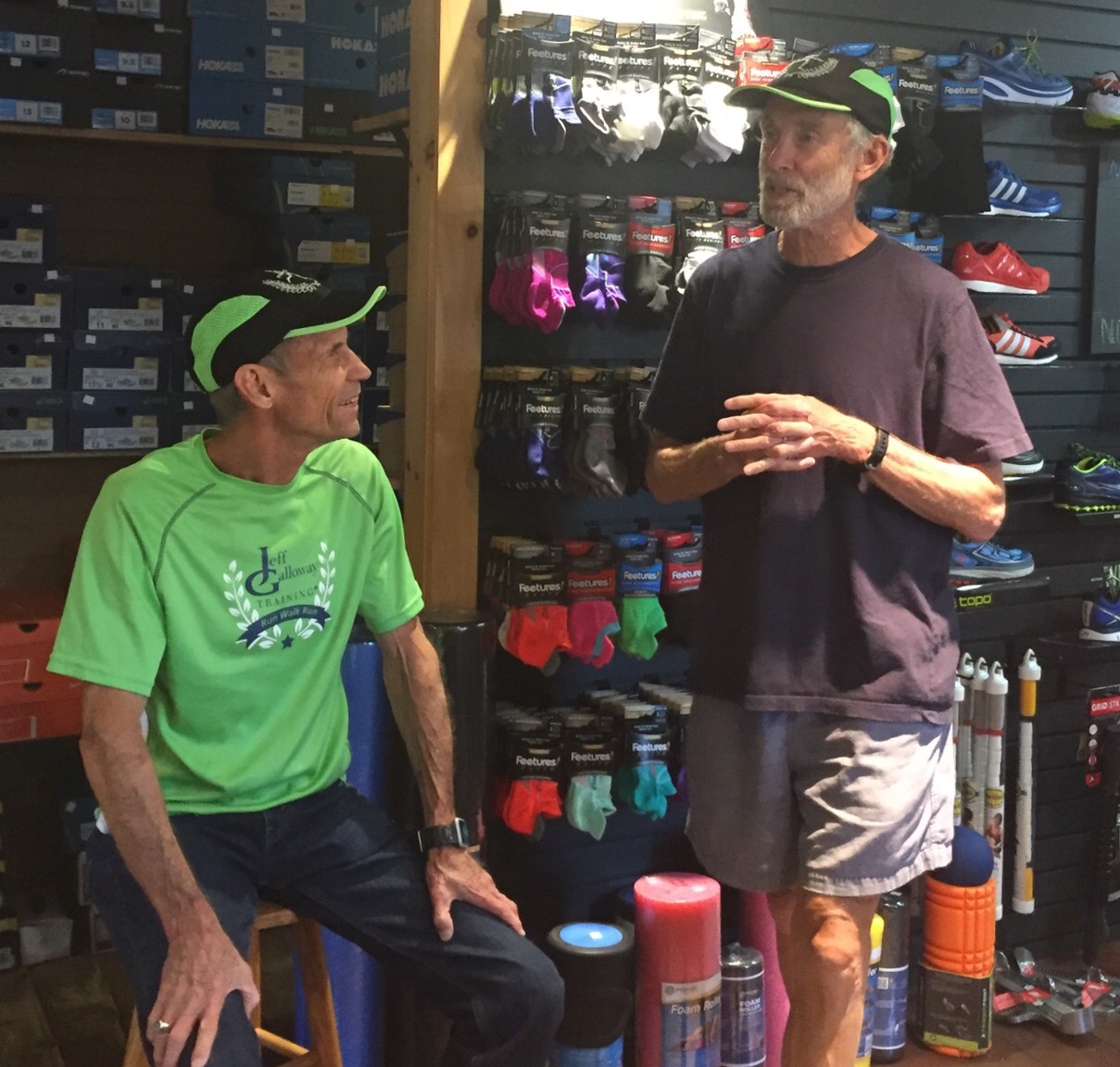 A couple of weeks ago, one of my social networks said that Jeff Galloway was going to be at Kelley’s Pace right here in Mystic. So, I convinced Melissa (Hey, y’wanna go? …Sure…), and we put it on our schedule.

It wasn’t without concern that I went – I’ve met authors before and been terribly disappointed – people are often on to different projects and are different people from what your impression is from reading their books.

Jeff wasn’t that – he was a man who seemed genuine, happy with his mission, and just as excited about the next people he was going to get running as the first folks he started with back in 1972.

We got our book signed, talked about our guys running cross country, stood around chatting with a couple of other Mystic runners we knew, and then Galloway talked. A couple of takeaways:

Honestly, I could probably keep pushing this post out to about 10,000 words – really, without “Galloway’s Book on Running“, I wouldn’t be a runner, I wouldn’t have been writing this blog for a decade, and I’d be missing out on wonderful Saturdays and Sundays with the wife and kids and a whole host of wonderful people I’ve met on the roads and trails. 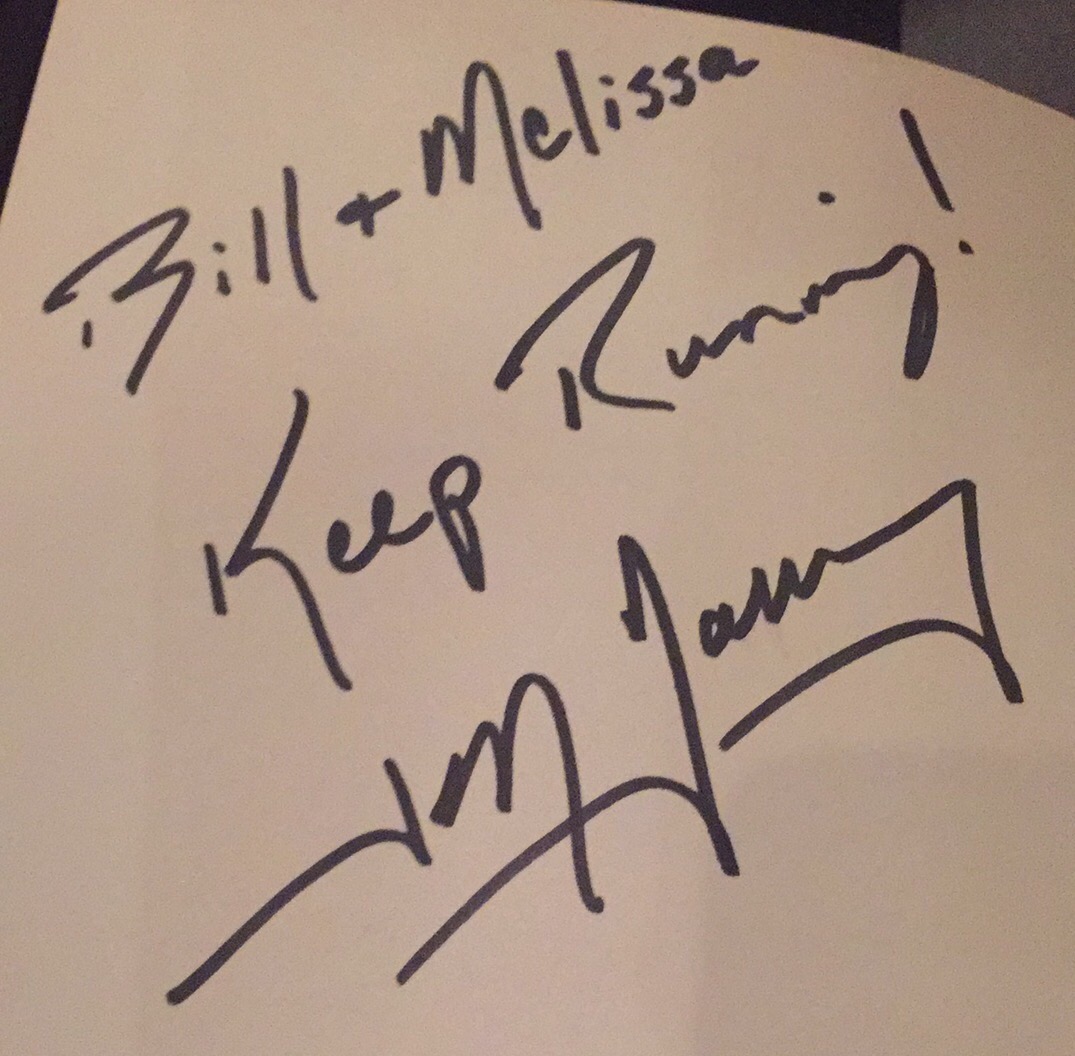