One of the amazing things about New England is that things just don’t change around here. Kinda soothing – routes remain the same, roads deteriorate and eventually get repaved, houses get built and fall down at about the same rate. But the roads and trails were largely laid out 200 years ago, and operate at a human scale. 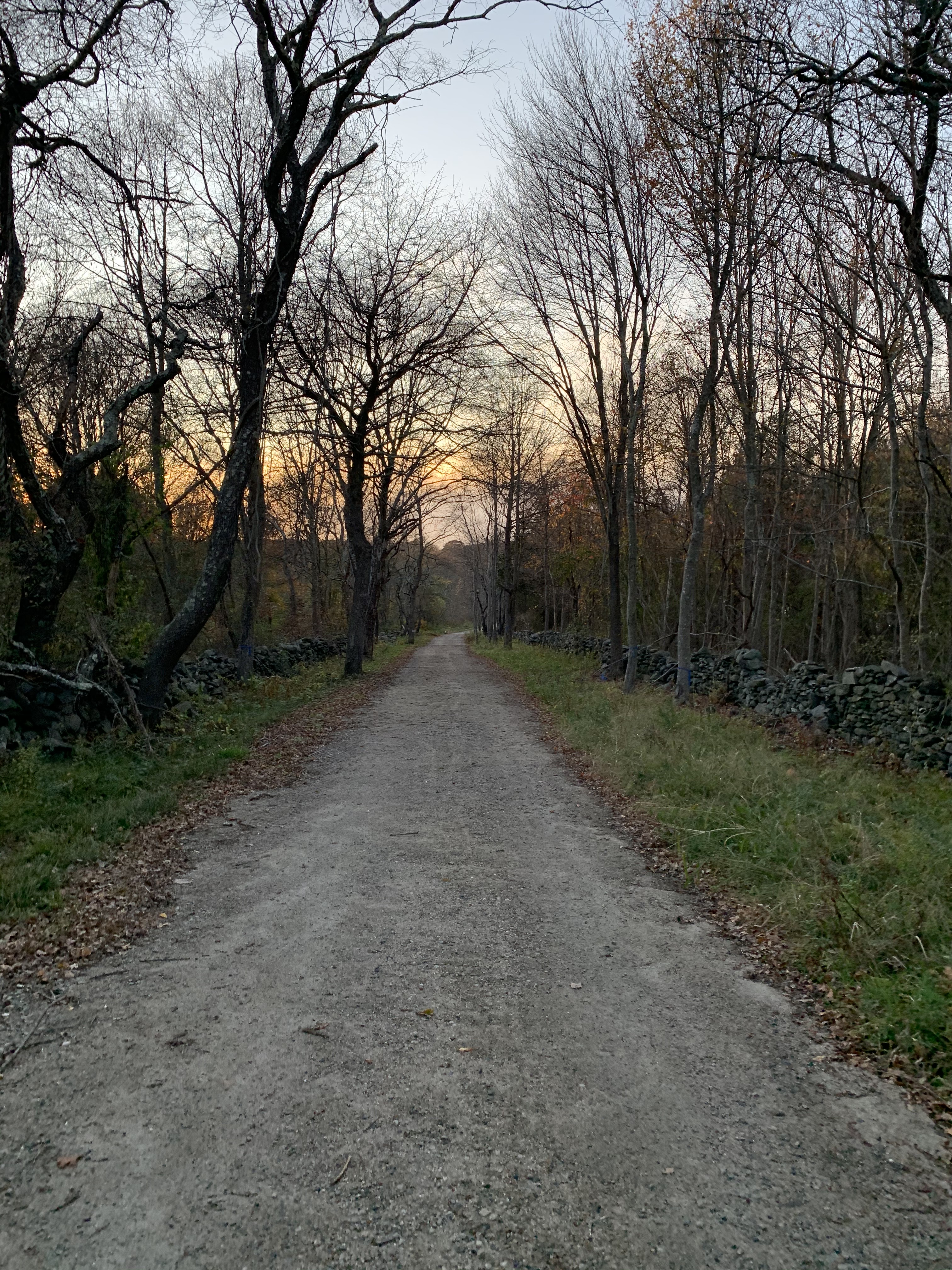 Went to run the loop on Jamestown after work again today. A dirt track I’ve run probably 100 times has been widened and graded. Not sure if it’s a full new road, or just an extension of a hike or bike trail. But, a change in a place that doesn’t change.

Legs were super good, at least for where I am now. The evening was crazy beautiful, cool but not cold. No traffic, but Jamestown is generally good for that.

The sun set as I made it to East Shore Road and headed back towards the soccer field where I’d parked. Since the wind was still, strains of taps phased across the water from NAVSTA Norfolk. Jogged into the parking lot as twilight began to set in, and drove home as the colors in the sky played out.