10 days without running. For good reason. For reasons which I am happy to do.

Actually, 10 days will end up being actually 8 days, as I should be able to squeeze in a few miles the first day and the last day. But, other than those, it’ll be 10 days Fer Shor.

How will I cope?

By learning Spanish, teaching myself C, and weeping gently while no-one is looking.

Well, that, and I finally downloaded Season 2 of Battlestar Galactica.

So, yesterday’s sojurn through Dulles ended up being way more painful than I’d hoped.

As in the flight that was supposed to leave between 9 and 10 in the PM left between 1 and 2 in the AM, and got into Jacksonville about 3. As luck would have it, the rental car counters were all as empty as a keg at about 12:30 AM in a frat house. And, the number of taxis at the airport was exactly zero.

So, I did what any red-blooded American man would do in this situation – I laid my butt down and tried to take a nap. Wasn’t terribly hard between 4A and 5A, but about then, folks started showing up for work and being loud. AND, one of the alarms that go off prior to the baggage claim moving started wailing, and went on for about 45 minutes. *grumble*

About 5:55, I finally got a car, and boogied on down to Naval Station Mayport for a meeting, arriving a little after 7. When I got to the Q, the guy at the counter asked me if I really wanted the room, that maybe I could save the 24 bucks. Luckily, he remembered I had been guaranteed for arrival the night before before I could say anything, and gave me the room key. I rewarded him with the classic Jank Family cemetery joke*, passed from me to my son, from my father, my father’s father, and so on. The guy behind the counter said he was going to go out and tell it to his kid.

So – it’s 7:15, and I was under the impression that I was meeting the other folks I need to work with at about 8. What do I do?

That’s right, RBF – I threw on the sneakers and went for a quick 20 minute run along Mayport’s absolutely great run of taxpayer sponsored beach. 17 minutes, 2 miles, and a load off of my shoulders.

Quick shower later, and I managed to stay awake through the meetings, etc. The folks I was meeting threw a fish fry for lunch, so about 2 I pried myself away with a full belly, used legs, and a smile. Back at JAX, I finally let my guard down for a while and closed my eyes until my flight showed up.
END_OF_DOCUMENT_TOKEN_TO_BE_REPLACED The proper code for “What it Takes” is !RONMAN96 (That’s an exclamation point at the front of the code).

Sorry for any confusion. This means you.

Let me be up front here and make sure that everyone knows that this isn’t a review, or an endorsement, merely a pass-on of a discount offer. Why? Mostly because I’m a sucker… Well, that, and they’re doing a simultaneous theater and DVD release, which I think is the bee’s knees, and makes me wish that someone would drop a 37″ (’cause my TV cabinet won’t fit anything bigger) LCD TV in 1080P on my doorstep. Preferably with HDMI input, and a MacMini to use as a media center, at least ’til iTV comes out. Oh, and not Plasma – the picture’s great, but they’re greater power hogs than my old tube.

Sorry, was the gear lust out loud?

Anyway, the offer is for “What it Takes”, a documentary about 4 IronMan triathletes. It’s a behind the scenes, etc, so on and so forth. What’s got me throwing this post up, without promise of compensation or even a screener for the flick, isn’t the content. The content is completely exciting in theory (the theory being that it’s written by writers half as talented as those whom I occasionally get a chance to read, and am dying to read in the future).

No, what’s getting “What it Takes” plugged here on RunMystic is this:

The movie was shot at 24 frames per second on a Panasonic SDX-900, and is presented in 16:9 widescreen format. Its rich cinematic feel and sweeping visual imagery from places around the globe – including Australia, Canada, Dubai, and numerous locations in the United States, including Hawaii – combine with compelling storylines to produce a fascinating narrative about four athletes, four human beings, and one dream, the Ironman world championship.

The camera’s off the shelf, and somewhat reasonable as far as these things go. Couple that with web and DVD distribution, and it’s a model that anyone could cop, assuming they can get a couple of months off of work, a travel budget, etc, so on, and so forth to put this together. Go out on a flier and shoot your dream, so to speak.

If you want more of the press release, let me know and I’ll forward it to you. The scope of the flick sounds great – lots of both racing and training. Not sure if they cover the part at which they separate the pain cortex from the rest of the brain. Which I’m sure they’ve got to do, ’cause 26.2 pretty much killed me. I’m probably gonna watch it to see when they get gills installed, as I’m still in the drowning phase…

Anyway, the e-mail I got from someone who may or may not be Peter Han, producer of “What it Takes”, said that I could tell y’all that the code !RONMAN96 would get you $5 off the DVD at the movie’s site. No word on how long the code is good for.

I’m interested; I may bite. If I do, I’ll let you know about it.

So – Obviously, things are afoot at Casa Jank. How can you tell? Well, there’s been only a marginal amount of running, even less posting, and absolutely no pictures of the glorious fall we’ve been having.

However, the content here going to get somewhat worse before it gets better.

Opportunity is knocking in several ways, none of which I am inclined to discuss in a public forum. One of which is requiring that I drop pretty much completely offline next week for a couple of weeks (But it’s freakin’ cool…). I also got asked the “Where do you want to be in 5 years” question by someone I totally admire and respect, and have a chance to actually think about it for a while, and hopefully provide a good answer.

Plus, there’s Cub Scouts, actually spending time with my lovely wife, etc, so on and so forth…

It is looking like things will smooth out a bit in November; I am continuing to run, and I think I’m mentally at a place where I can run either Mystic Places or NYC next fall, for which I am (A) Stunned and (B) Psyched. I think that approaching “Marathon!” with my eyes open and a much more balanced relationship with running is going to be a completely triumphant story in the way my 2005 campaign was a complete program of Hubris, Comuppance, and BitOffMoreThanHeCanChew.

November will still be National Novel Writing Month, and I still plan on knocking that out over at sandbox.jankowskis.net – tenatively titled “Eskers Point” (the site, not the book). The first couple of days’ work won’t be up until the first Saturday in the month due to other committments (Which, as mentioned above, are absolutely freakin’ cool, and about which I will write later).

Amigos, as always, I cannot emphasize enough how much the RBF has given me aid and comfort over the last couple of years. I am a much better person than I was when I started down this road. There’s a revolution going on all across the world, and, while runners talking about running and helping each other through the tough parts and celebrating small victories might not seem like much – well, I honestly think it’s HUGE. Not to be passed aside. A foundation upon which to build a better tomorrow.

So, lace ’em up, pound ’em out, and throw someone else a thumbs-up, just ’cause.

You guys rock, to steal from someone, somewhere… 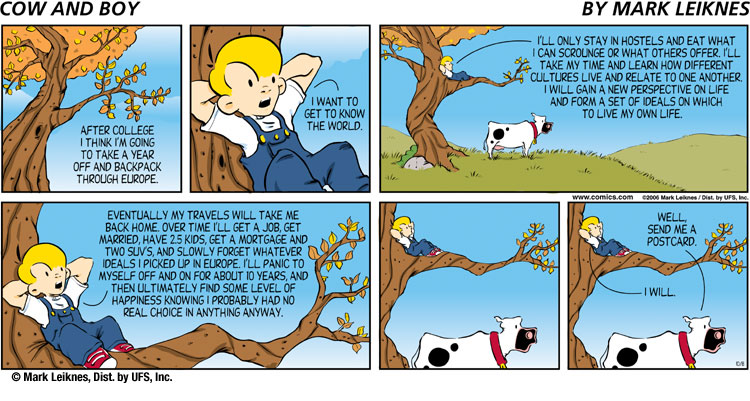 There’s a running show going to be broadcast.

Guess I can’t complain about having the Yankees force-fed into the house any more. Press release follows:

RUNNING is broadcast on the YES Network, which reaches 10.3 million households in the tri-state area, including 3.8 million nationally on Direct TV. To confirm airtimes, visit www.yesnetwork.com or visit www.sportfilm.com and click on “Broadcast Calendar.”

RUNNING is produced by Salmini Films. Below is when it will be shown in October. The NewAlliance New Haven Road Race will be one of the events featured on the show.


At least, I hope I’ve still got YES.

And, I’m favorably inclined to Lance Armstrong. Not a huge fanboy, but, barring some bombshell revelation of pictures of him with gallon jugs of EPO, an IV in his vein, and random farm animals smoking post-conjugal cigarettes, Lance is OK as far as athletes go. (I’m still miffed at the whole Kristen split – seems entirely at odds with his views on marriage in “It’s Not About the Bike”, but we’ll leave that dog lie).

Anyway, Nike’s announced a “Run Like Lance” challenge, where it aims to collect 50K miles through Nike+iPod prior to the NYC Marathon in November.

Nike will donate $1 to the Lance Armstrong Foundation (LAF) for every mile run and logged by Armstrong and runners that visit www.nikeplus.com from October 2nd until November 5th. … Armstrong recently selected five New Yorkers, one from each borough, who are participating in this year’s marathon to serve as borough captains in the “Run Like Lance Challenge.” Runners from around the world can also contribute by logging on to www.nikeplus.com to donate miles to the borough of their choice.

Anyway, went to check the Nike+ site, and it’s running awful slow. Kind of a cool effect. Though $50K seems to be chump change for a group like Nike…

*** Per Blaine‘s comment, I want to be clear – Kudos to Nike for committing to the $50K; it’s leaps and bounds above what a lot of companies do. Stupid Gen X cynicism strikes again…

So, ever been shopping at Amazon and needed just a couple of bucks to hit that magic $25 mark to get free shipping? So, instead of ponying up the $5 for shipping, you added $15 of stuff that you really didn’t want?

Well, FillerItem is what you need – type in the amount you need to add to the cart, and it’ll give you a page of suggestions of how to fill the gap. Rocks.

I was picking up Pastis’ latest and a little something else, and needed like $3 to hit the mark. Dropped it into FillerPage, and it suggested a ton of stuff. I almost went with “Antigone”, ’till I realized I could plug that into Google Books or Project Gutenberg and download it – figure that after 3,000 years, even the Disney Estate would let it fall into the Public Domain.