Forgot to bring a drink for lunch today, so I stopped at the Circle K (or 7-11, or Stop ‘n’ Go). Picked up a Squishy. Did I break Lent? I vote no: the goal was to give up eating crap, and a Squishy is not food. Supporting the no vote is this morning’s unofficial weigh in somewhere south of two pounds lighter than Monday.

Quick run at lunch after two epics – Programmed the Forerunner for a 5K. Finished in 24 something, a 7:57 average pace. Yeah, baby, sub-8’s. I think I could have done a 7:45 if I’d pushed down to nothing, but it was windy, windy. The last mile was almost all into the wind, and was about an 8:20 pace.

Great run, although I’m kind of getting paranoid about having three strong runs in a row and still feeling gooooood.

And Reida and Jenna at the former Motorola Marathon

Oh, yeah, baby – today was 50’s, and ended up sunny. I waited to run until the afternoon, and was not disappointed. Since the weather was impeccable, I figured I’d head over to Newport’s First Beach and run the World Famous Cliffwalk. 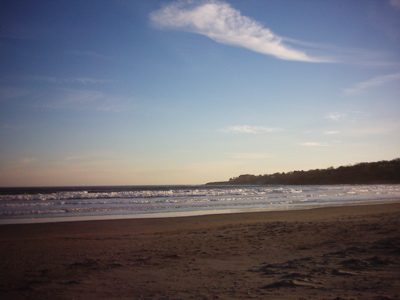 The surf was huge! The parking lot at First Beach was packed with folks in wetsuits trying to catch a little winter surfing action. I had a buddy in Sub School who swore up and down that the only time that New England was worth surfing was in the dead of winter – today I think I may have believed him. I don’t surf, though. There was a break off of whatever the end of Middletown is, too. I hadn’t seen that during the summer. 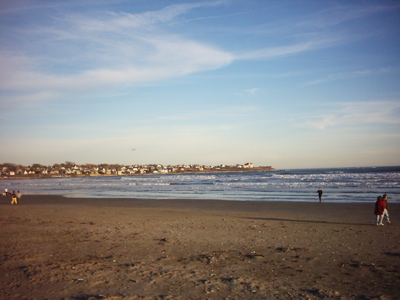 Dig the size of the rollers: 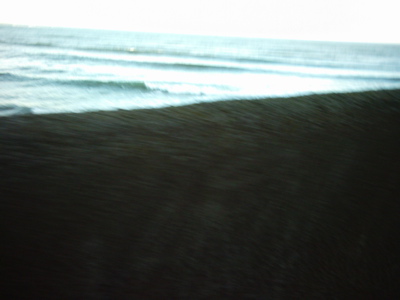 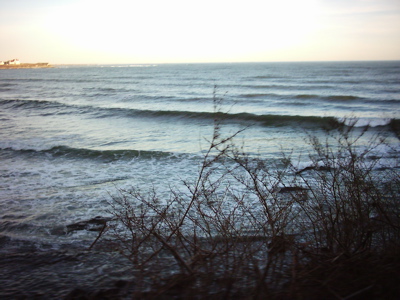 Tons of runners out, looked like most were from Salve Regina, and almost all were wearing shorts. And there was still a bunch of snow on the walk: 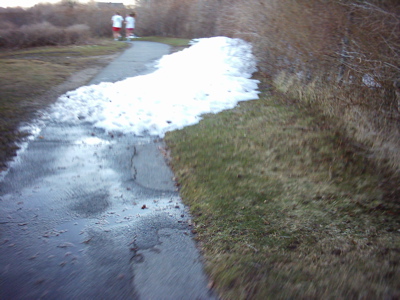 I always dig this building: 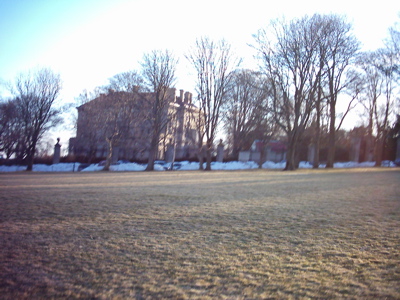 The tiny black dots on the waves are surfers. The water temperature cannot be too much above freezing. Wetsuits are, apparently, wonderful things: 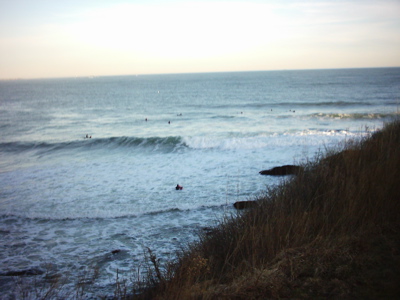 Big waves for New England. And, yes, that is France in the background. Way, way, way in the background – That’s what I love about the sea – pick a direction and go. When you hit land, get out. 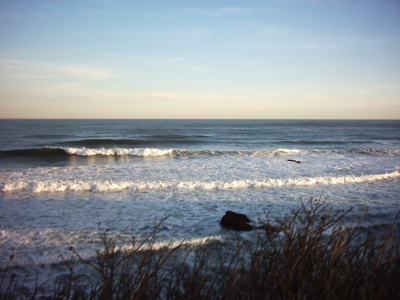 Again, not really enough zoom, but the waves exploding off these rocks was spectacular –

This was the view at the turn at 2 miles out. I had thought a 4 mile round trip would turn at the point just to the right of the big house. But I was wrong. And not sad at all… 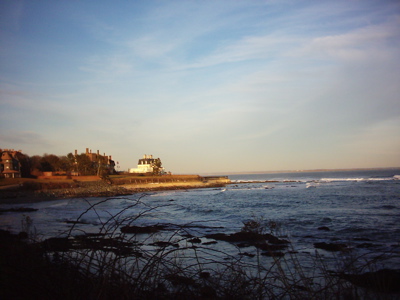 This one? Nothing but nice shapes and colors. 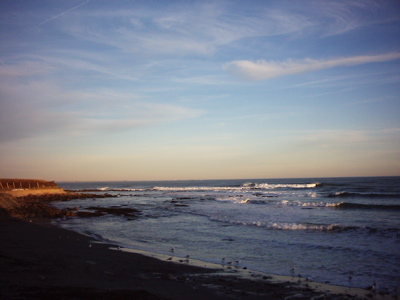 Most of the Cliff Walk is pretty easy to run on. This is not as bad as it looks. I channeled Chris and called it Plyometrics. Then I said “Screw that – I’ll just call it Fun.” For a decent stretch (tenth of a mile?) I ran atop the retaining wall so as not to get my shoes too much wetter. Again, this was filed under “Fun”. There have been a couple times, though, coming around this corner on the wall where I feared that a wind out of the west would push me down to the rocks. Not today. Today? Perfection. 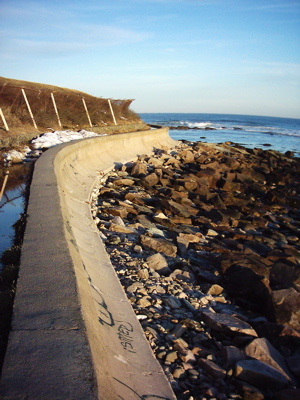 This guy was waiting to catch some waves. 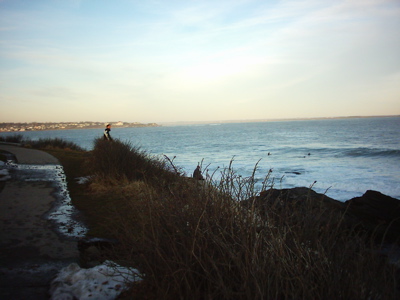 Back where I started 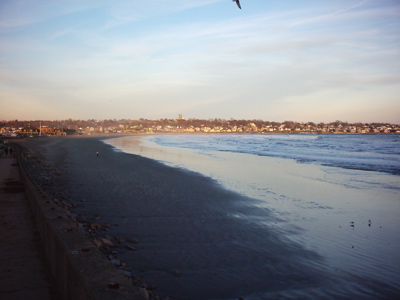 I thought this would be cool – a series of footprints in the wet sand, what with the reflected colors of the sky and all. Didn’t work out so well. 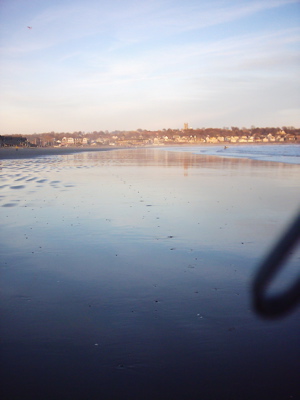 This one was much nicer. 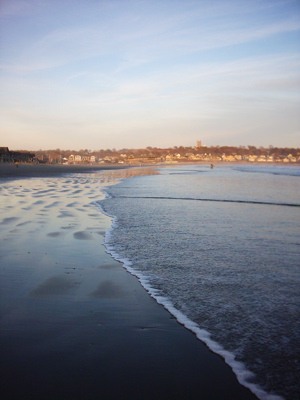 Run stats? Who cares? (actually, I do – 4 miles, sub 9 minute miles). Positive splits, but who cares! I think I was still a bit drained from my trail run on Monday, and the mud blister was acting up a little. Wednesday is swimming.

All the pictures link to larger images. They were all taken with my $60 Oregon Scientific camera. And the group is also posted to Flickr. If you’re into that sort of thing. Any quality issues are strictly due to me not breaking stride while shooting. Got to love the tiny camera.